Before we can dive into functional nutrition, I must explain the approach to healthcare that this practice branched out from and that is functional medicine.

Functional medicine is often confused with alternative or complementary medicine. These are terms that describe healthcare models like naturopathy, acupuncture, chiropractic, and the like. The term “alternative” implies a that the practitioner is using a different method of medicine, while “complementary” infers a method that can be supportive to the overall goal of healing, in partnership with other care. Functional medicine doesn’t fit into either of these categories.

Functional medicine is based from the same science and in-depth understanding of biochemistry that typical conventional medicine is, but it goes deeper. The difference is that when a provider uses a functional approach, we just shine a light down one side of the tunnel while conventional healthcare shines the light down the other. Conventional providers assess symptoms, create a diagnosis and treat the diagnosis to try to alleviate symptoms.Functional medicine providers assess the symptoms, and then use comprehensive testing and health history to find the origin of the symptom. From there, they give the body what it needs to heal the root of the problem, so the symptoms go away as a side effect of true healing.

A Time and a Place for Conventional Medicine

Conventional medicine is set up to treat acute disease and repair injury. This is a good thing, but infectious disease like the flu, tuberculosis, polio, measles, and similar, which once formed the basis of the healthcare, now comprises a small percentage of healthcare in the US. And don’t get me wrong, urgent situations like heart attacks, or other extreme medical emergencies that need immediate attention and stabilization are also very well handled by conventional approaches.

Today’s Chronic Disease ExplosionHowever, today most of healthcare dollars are not spent on acute illness and injury, they’re spent on chronic disease. These are complex diseases like diabetes, cardiovascular disease, autoimmune disorders, hormone imbalance, cancer, Alzheimer’s and so on. These diseases develop from a multi-factorial and intricate blend of genetics, lifestyle and environment. There’s never one singular cause of this type of diseases or one magic pill that can fix them, and therefore conventional medicine starts to lose its effectiveness.We’ve are in a new era of disease which is not being addressed sufficiently by the medical community. While the US is still spending more money than any other country on healthcare, recently we were ranked 43rd in life expectancy. Chronic disease accounts for 90% of healthcare spending in the US. This amounted to $2.3 trillion of the $2.7 trillion spent on health care in 2011. Despite spiraling medical costs, policy makers and healthcare giants are doing very little to make a dent in these preventable diseases. In fact, the last big effort towards disease-prevention was the campaign to end smoking, a largely successful effort.Regardless, these statistics mean that we’re not effectively addressing the largest cause of disease and death in our country. We’re just not doing enough. Topping the list for the most prevalent causes of death in the US are heart disease, tobacco-related cancers, COPD, Alzheimer disease and other dementia, and cancer of the colon and rectum.Even worse, these disease are affecting people exponentially. Between 1990 and 2016, deaths from hormone and metabolic, blood, and immune disorders increased by almost 90%. Maybe even more shocking is that over 59% of the population is affected by one or more chronic diseases and the cost of treating these diseases will top $42 trillion between 2016-2030.

The CDC has warned

“The United States cannot effectively address escalating health care costs without addressing the problem of chronic diseases.” While the WHO, or World Health Organization, estimates that at least 80 percent of premature heart disease, stroke, and type 2 diabetes, and over 40 percent of cancers could be completely avoided if Americans avoided tobacco, followed healthier eating habits, and were more physically active. We are obviously doing something wrong.

What all these diseases have in common is that they result from the body’s inability to handle the constant assaults it trying to managing daily. Air pollution, junk food, lack of activity, antibiotics, prescription drugs, stress and more lead to an immune system that is overburdened and that causes chronic inflammation. Chronic inflammation damages the body on a cellular level and slowly unravels the body’s ability to communicate which leads to disease. This is where functional nutrition comes in.

A Part of the Solution – Functional NutritionThis derivative of functional medicine is the science of using food, micronutrient therapies and supplements to cool inflammation and regenerate cellular activity. It sounds a little sci-fi, but in reality, it is just biochemistry. Consider the old sailor’s disease, scurvy. Sailors spend so much time on the sea without proper nutrition that they became Vitamin C deficient and began bleeding from their gums, feeling weak and lethargic from anemia, having chronic pain, swelling, shortness of breath and depression. All of this from Vitamin C! If you become severely deficient enough in any micronutrient, there are serious health repercussions.But, what is you’re only mildly deficient? You may have ongoing and low-level symptoms that are slowly causing your body to lose functionality. If you do not have adequate levels of micronutrients that support the immune system, your body will not hold up to the ever-increasingly polluted and toxic environment we are exposed to. When you add that to high levels of stress, alcohol, smoking, antibiotics, over-the-counter meds and more, the body declines.By utilizing innovative tests that expose nutrient deficiencies and underlying imbalances alongside a thorough health history, functional nutrition offers an exciting way to heal the body, restore optimal health, take years off your life and doo all of that without the side effects of drugs or surgery. I think I would rather eat my medicine from my garden than from a pharmacy, wouldn’t you? 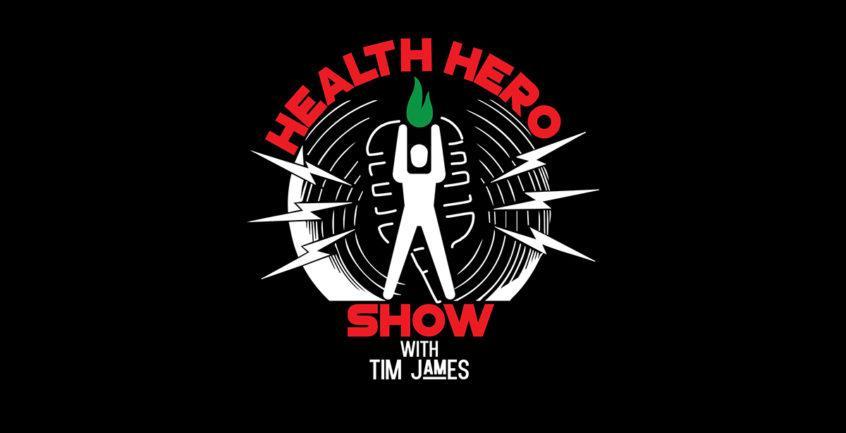 In this episode Tim James interviews Nurse Practitioner Jeff Grimm to chat about the Corona virus, the science behind it and some strategies to deal with it like avoiding IBUPROPEN which can make it much worse! 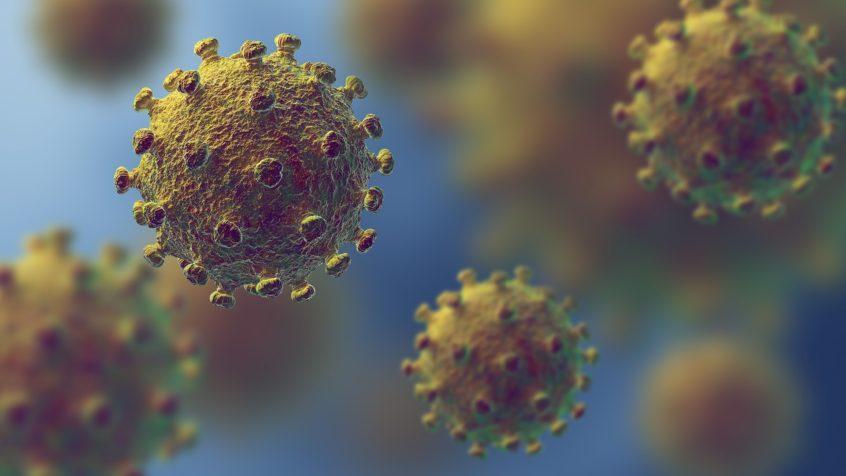 The Anti-Aging Molecule that May Protect Against COVID-19

As researchers scramble to understand COVID-19, a question remains; Why are elderly at such an increased risk of perishing from this disease? It may seem obvious given that older adults tend to have weaker immune systems, but historically, infectious dise 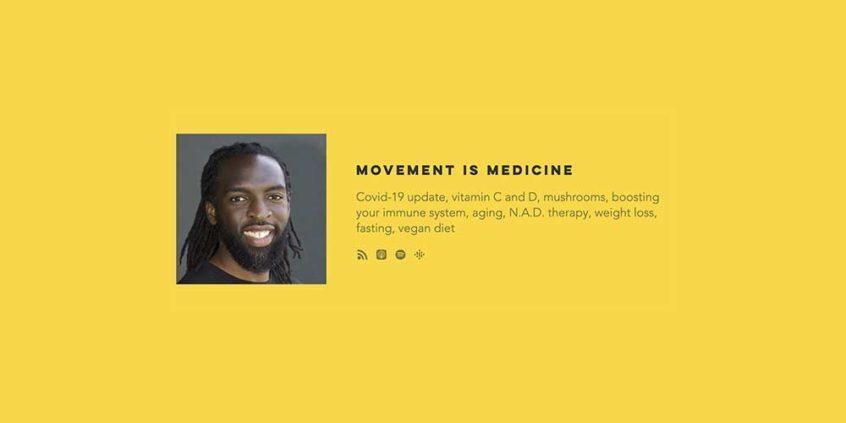 In this episode, Dr O and Jeff Grimm cover a wide range of topics: coronavirus (Covid-19), benefits of Vitamin C, healing properties of mushrooms, cancer, the importance of vitamin D, hydration, how to boost your immune system, importance of sleep, stress, 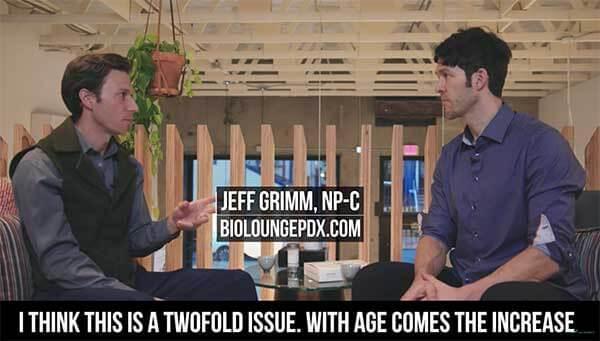 Jeff discusses science-based ways to get rid of these senescent (old) cells—which may help both longevity and immunity. 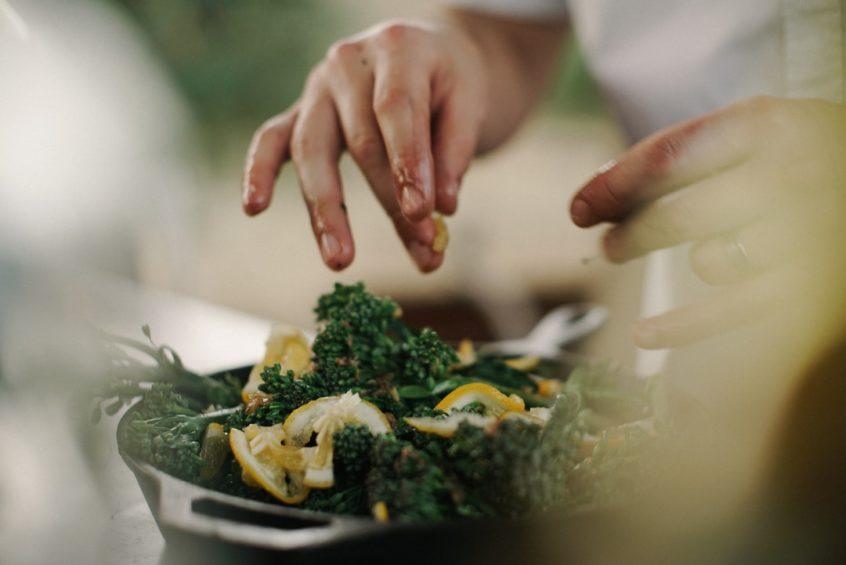 Tips for Cooking and Eating Well in Quarantine

Even for those of us that were already in a regular food prep and cooking routine, this is a whole new level.  I don’t know about you, but I didn’t realize how much I relied on grabbing a salad on-the-go or popping into Whole Foods to pick up dinner from t 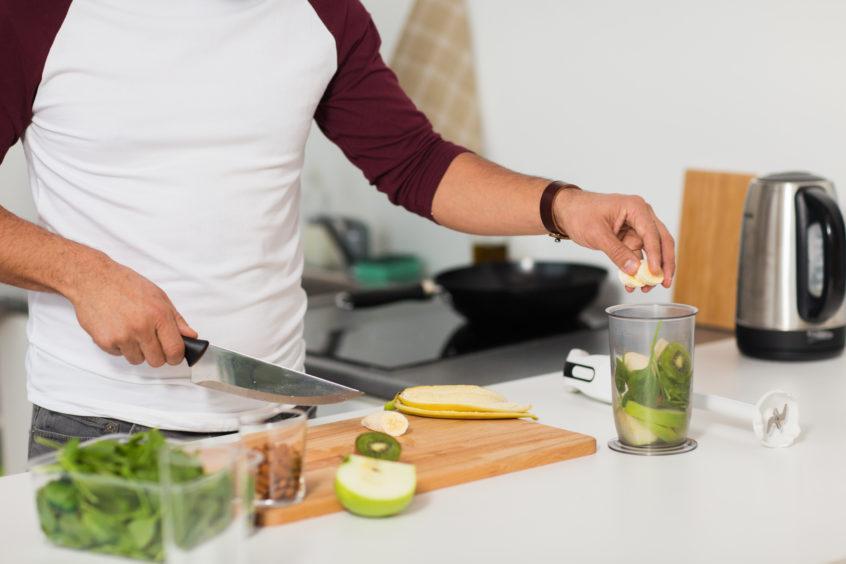 Is Fasting A Tool for Increased Immunity?

We’ve had countless inquiries from our patients and community about whether or not fasting is safe or beneficial for increasing immune function at this critical time.